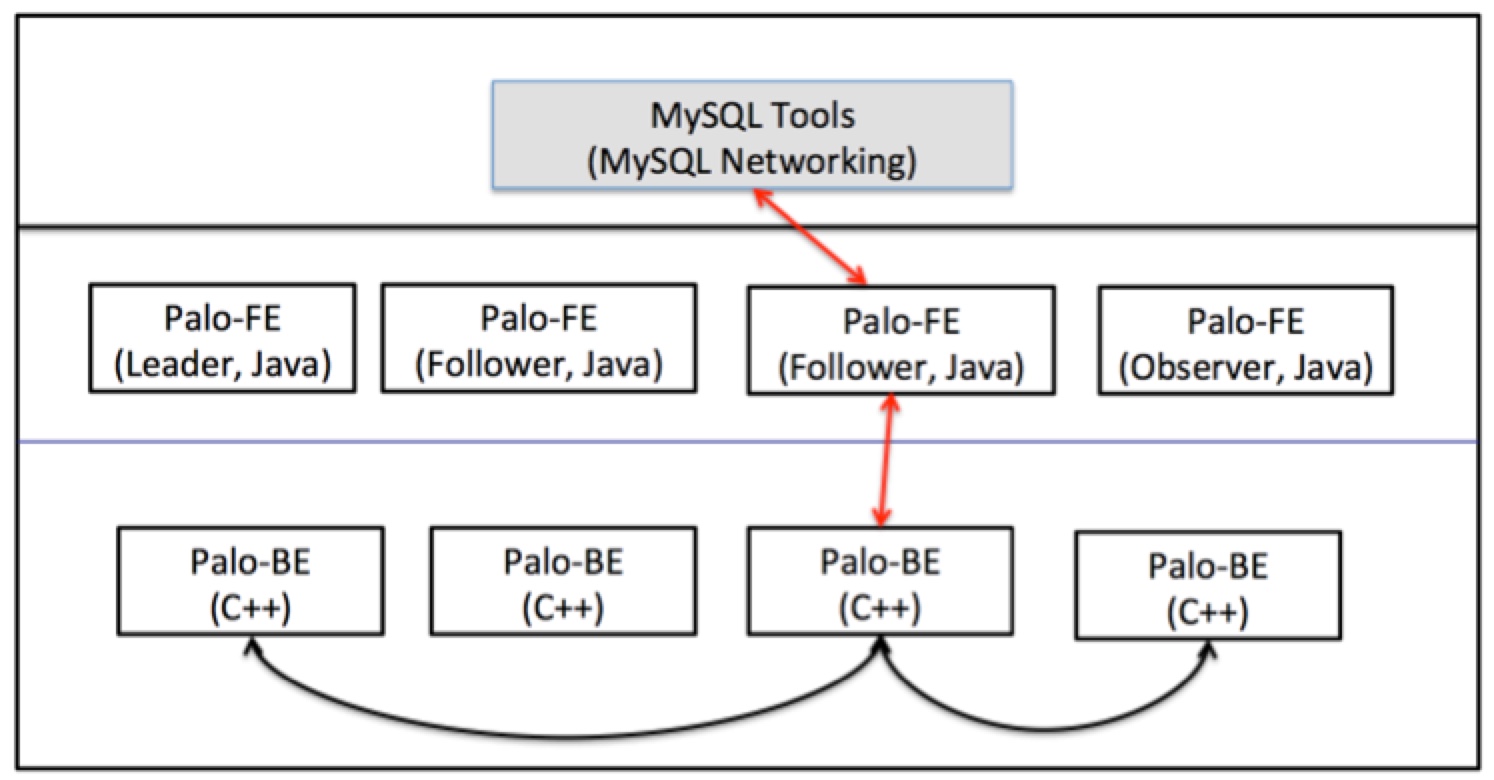 As shown above, Doris's overall architecture is divided into two layers. Multiple FEs form the first tier, providing lateral expansion and high availability of FE. Multiple BEs form the second layer, which is responsible for data storage and management. This paper mainly introduces the design and implementation of metadata in FE layer.

Note: The concepts of follower and observer corresponding to bdbje are replica and observer. You may use both names below.

Doris's metadata is in full memory. A complete metadata image is maintained in each FE memory. Within Baidu, a cluster of 2,500 tables and 1 million fragments (3 million copies) occupies only about 2GB of metadata in memory. (Of course, the memory overhead for querying intermediate objects and various job information needs to be estimated according to the actual situation. However, it still maintains a low memory overhead.

At the same time, metadata is stored in the memory as a whole in a tree-like hierarchical structure. By adding auxiliary structure, metadata information at all levels can be accessed quickly.

The following figure shows the contents stored in Doris meta-information.

The data flow of metadata is as follows: